Blinn College named Dr. Mary Hensley the 15th president in College history in May 2015, and Chancellor of the Blinn College District in 2017.

Prior to her arrival, Hensley served the Austin Community College District for 14 years, including six and a half as Executive Vice President for College Operations. In that role, her responsibilities included oversight of 11 campuses, six off-campus centers and the district police department.

Hensley represents the Central Texas Region as a member of the Texas Association of Community Colleges Executive Committee. She is a graduate of the Washington County Leadership Program, a member of the Literacy Texas coalition, and serves on the Board of Directors for Brazos Valley Food Bank and Workforce Solutions Brazos Valley. 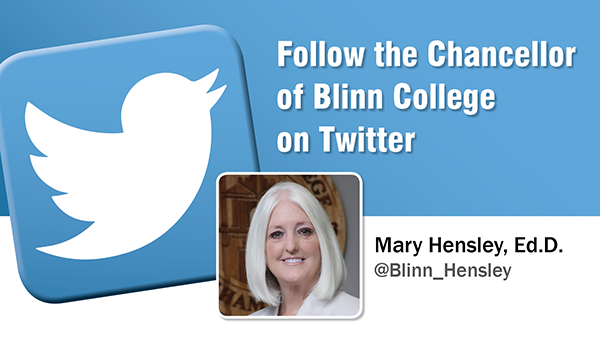